Tenants and landlords: Reform and Resistance in the Scottish Hebrides

Against the backdrop of the Highland Clearances, Catriona examines the ongoing struggle between tenants and landlords over the issue of improved tenant housing during the nineteenth century

During the nineteenth century, working-class dwellings in Britain became the focus of a series of reports which served to highlight poor living conditions in both town and countryside. Sub-standard housing was believed to be responsible for a variety of physical and social ills. Until the late-nineteenth century, rural housing reforms were addressed by individual landowners who sought to improve the condition of their tenants by providing or encouraging improved tenant housing. An important aspect of housing reform involved the introduction of various types of physical segregation. These included the segregation of byre and dwelling, of working and domestic areas, of living and sleeping spaces, and of males and females. This lecture examines the role of segregation in rural housing reform in the Isle of Lewis during the nineteenth century, and considers the reasons why attempts at housing reform during this period were generally unsuccessful. 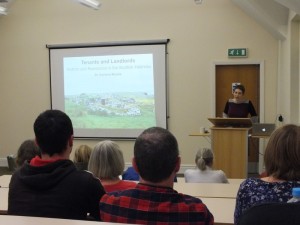